You are here: Home1 / My Services2 / Tarot Card Reading

The exact date of the first use of Tarot Cards is not known. The oldest surviving deck dates from the fifteenth century. Tarot has survived the rigours of time, repression and persecution – the ridicule that Tarot has suffered at the hands of people whose view of life is very blinkered and narrow is great.

There are 78 cards to a deck, split into two parts, Major and Minor Arcana. I have the Swiss JJ Tarot deck and the 22 cards of the Major Arcana are the ones that I continually use. These cards are also known as “Trump” cards, a derivative of “Triumph”, that refers to the fact that the cards of the Major Arcana are above those of the Minor both in order of appearance and, more importantly, spirituality. I believe using these cards gives a much more “in depth” reading. Tarot cards are incredible for direction and guidance.

There are countless ways to “spread” the cards and over the years I have devised my own way of doing this, it’s part Celtic Cross and part Jane Howard! The important thing is …..it works!

At the end of my readings I ask the sitter to choose an Angel card – they’re similar to the Tarot but each card has a message on. They are intended to provide gentle, comforting messages and are a powerful tool for insight and guidance in one’s life. 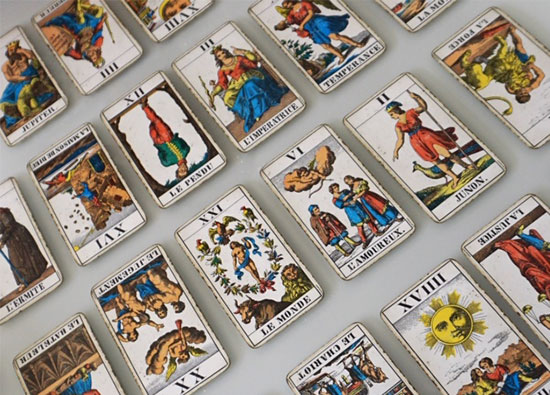